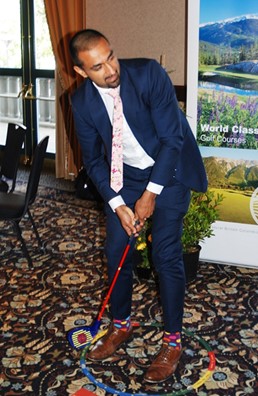 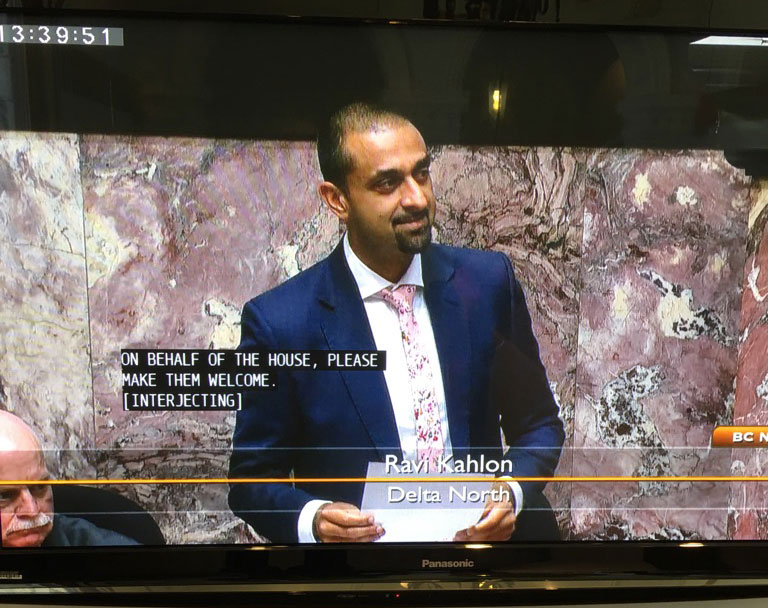 R. Kahlon: I have two sets of introductions to make. Firstly, we have the Allied Golf Association that was here today. We have Trevor Smith, who’s the president of the Allied Golf Association; Trisha Larsen, who’s the marketing director; Mike Whalen, who’s a director; Keith Lyall, who’s a director and the golf course superintendent of Sun Peaks; and Jerry Rousseau, who’s a director and executive director of the Western Canadian Turfgrass Association.
They hosted all the members of this House for a lunch today. We talked about the economic activity associated with golf. We talked about the 36,000 charity events that happen at golf courses around Canada. I really want to thank them, welcome them to the House today and also wish them — I guess a day early — National Golf Day celebrations. On behalf of the House, please make them welcome.